A Colorado lawmaker thinks the state is ready for civil unions and plans to introduce legislation to make it happen, the Denver Post reports: 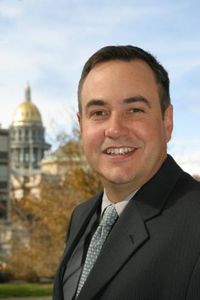 "Sen. Pat Steadman, D-Denver, said he believes the majority of Coloradans support civil unions and oppose gays being treated unfairly. Steadman, who is gay, said he expects his proposal to pass the Democratic-controlled Senate, but he's not sure what kind of reception the idea will get in the Republican-controlled House. It could be a frosty one, said the speaker-elect, Rep. Frank McNulty, who noted Coloradans rejected a similar proposal four years ago. 'I think that kind of bill would be of concern with the vast majority of the members of our caucus,' the Highlands Ranch Republican said. But Rep. Kevin Priola, R-Henderson, who will be the speaker pro tem next year, said he supports civil unions 'in concept, precisely because they are not gay marriage.' However, he added, he would have to read the bill before he decides where he stands."

Steadman's concerns lie with getting the bill through committee, though he believes that because Republicans hold just a narrow majority in the House, that it could pass there.