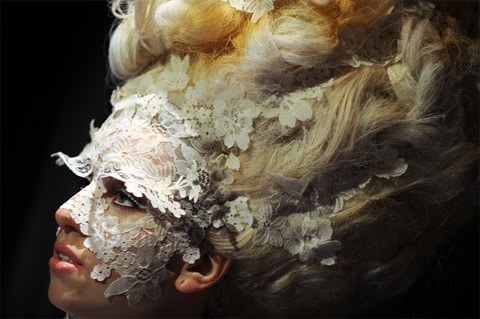 Lady Gaga spoke with the BBC's Newsbeat about her new album, from which a new single will be released in February.

She described the album as "a marriage of electronic music with major, epic, dare I even say, metal or rock 'n' roll, pop, anthemic style melodies with really sledge-hammering dance beats."

"It's finished and all, it's just fine-tuning everything," the pop megastar added.

"It's kind of like the post-operative stage of the album. I've already done the full heart surgery. I'm just sewing myself back up again," she laughed.

"I think that lyrically this album is more poetic," she explained.

"It's really written by the fans, they really wrote it for me because every night they're funnelling so much into me.

In related news, Gaga recently took to the web to celebrate the repeal of 'DADT' and bit off Santa's head at the O2 Arena.