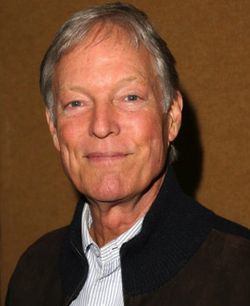 You were a wildly successful closeted actor during a period of time when coming out was unheard of, but the climate of acceptance has significantly changed in recent years. How do you feel about gay actors who still remain closeted as we near 2011?

"It’s complicated. There’s still a tremendous amount of homophobia in our culture. It’s regrettable, it’s stupid, it’s heartless, and it’s immoral, but there it is. For an actor to be working is a kind of miracle, because most actors aren’t, so it’s just silly for a working actor to say, “Oh, I don’t care if anybody knows I’m gay” — especially if you’re a leading man. Personally, I wouldn’t advise a gay leading man–type actor to come out."

When can a leading man come out — when he’s 69 and promoting a memoir?

"I have no idea. Despite all the wonderful advances that have been made, it’s still dangerous for an actor to talk about that in our extremely misguided culture. Look at what happened in California with Proposition 8. Please, don’t pretend that we’re suddenly all wonderfully, blissfully accepted."

Chamberlain was outed by French magazine Nous Deux in 1989 but only publicly came out in his 2003 autobiography, Shattered Love, at the age of 69.