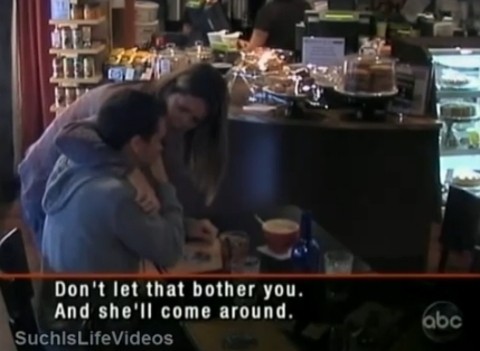 ABC’s hidden camera show What Would You Do? has previously examined how people react to gay parents, anti-gay bullying and homophobia in sports bars.

Now host John Quinones and his team have used their lenses to explore how the public behaves when they see parents reproaching a son who has just come out. The reactions are varied, and the entire scenario, however fabricated, unsettling.

While some of the unsuspecting subjects sit quietly as a father tears into his child, a few brave souls stick up for the teen, with one woman quite rightly telling the man his outburst has pulled the whole cafe into their business, and he needs to be a more supportive father.

More people seem willing to get involved when the father’s replaced by a mother, and the actress in that situation gets quite an earful from a few of the cafe’s customers.

As always when watching these sociological specials, the viewer’s forced to ask how they themselves would react in this situation. And, as a bonus question, would the parent’s gender impact your decision?