Country singer Chely Wright tells Autostraddle in a lengthy interview that coming out has had its repercussions: 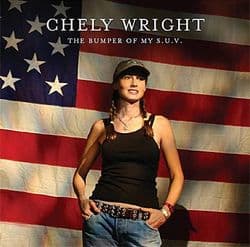 "There’s the gay community that now knows my name and it’s a long leap from the new demographic of people who will come to my Facebook page and hit the 'Like' button to them buying my record and coming to live shows. It’s a big stretch from those new fans to make up for the fans I lost. It didn’t help my career. My record sales went directly in half. If it appears from the outside in that it’s helped my career, it could be because I haven’t talked about the negative. You won’t hear me bitching and moaning on my Facebook about the hate mail I’ve gotten. My life has been threatened. I get nasty letters every day, 'I’m through with you Chely Wright, you’re going to hell.' There’s a big difference between press and advocacy and…. sometimes people forget that people who sing or make movies, this isn’t just a hobby for us. This is how I pay my bills. In coming out I had a feeling that it would diminish my wage earning, and that feeling was correct. And, I am fine with that."

Wright came out of the closet in a People cover story in May.