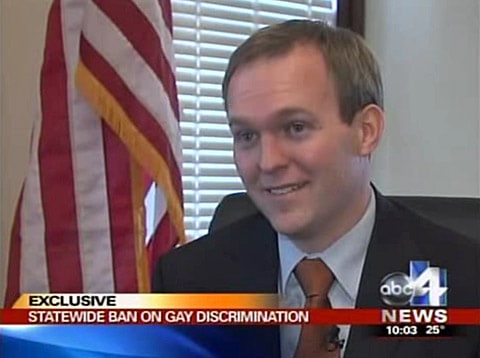 Utah State Senator Ben McAdams is set to introduce a bill that would outlaw discrimination against gay people in housing and employment, ABC4 reports:

McAdams believes there is discrimination against gays. He also worries Utah is getting a bad reputation in this area. "I don't think most people in Utah discriminate. I think the people of Utah are good people. But that's not our perception around the country."

McAdams is a married Mormon.