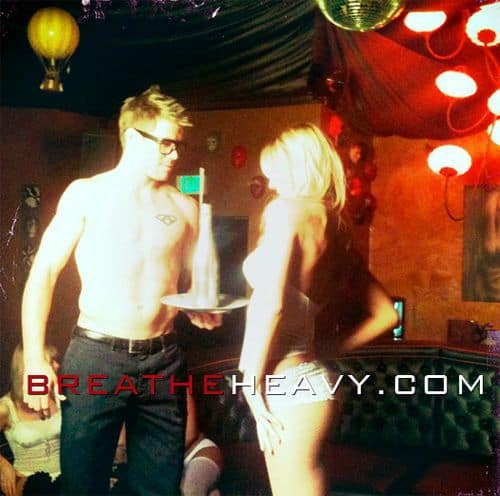 The first image from Britney's music video for her new single "Hold It Against Me" (the song itself debuted at the top of the Billboard charts a few days ago) has finally hit the Web. It looks to be another titillating one from the pop star. It also looks like the club she's in doesn't have much of a dress code.

Update: It's being reported that the above pic is a fake. Britneyspears.com calls the pic bullsh#!t. Britney did send out this tweet earlier today: "Day 1 of the HIAM shoot with Jonas. Such an incredible experience. I think this will be one of the best videos I have ever done. -Brit." We'll get to see the real video soon enough.