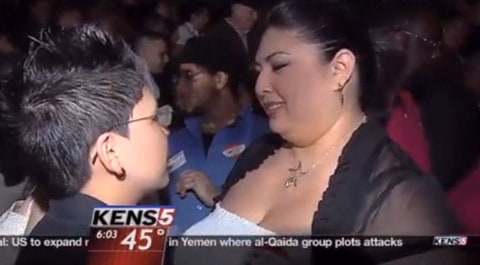 Two dozen same-sex couples crashed an annual Valentine's Day mass wedding in San Antonio, Texas, and took vows along with the rest of the couples without the ordained minister noticing.

He was later told by KENS news, but wanted to make sure everybody knew they were worthless:

“They don’t have a license,” Sullivan said. “If they took vows, it really means nothing.”