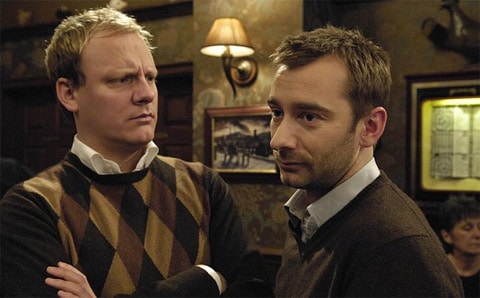 Britain's ITV network is hoping that interest in the April 29 wedding of Prince Prince William and Kate Middleton will drive viewers to its long-running soap Coronation Street to see the show's first gay wedding on the same day.

With the royal marriage the major event of the year, producers in various soaps are looking to introduce wedding fever into their storylines, with EastEnders Phil Mitchell and Shirley Carter also due to be joined in holy matrimony in April.

A Coronation Street source told the Sunday Mirror: “Top-brass think with the country in a frenzy over the royal wedding then it will be the perfect time to show Sean and Marcus tying the knot and trounce EastEnders.”

Coronation Street’s gay couple get back together after a two-year split and will become the first civil partners in the soap’s history. They first met in 2007 during a scan of Sean and Violet Wilson’s baby at the hospital where Marcus was a sonographer.

Gays still don't have full marriage equality in the UK, though the government announced this week that it was taking steps to change that.

In related news, the Royal Invitation has gone out: 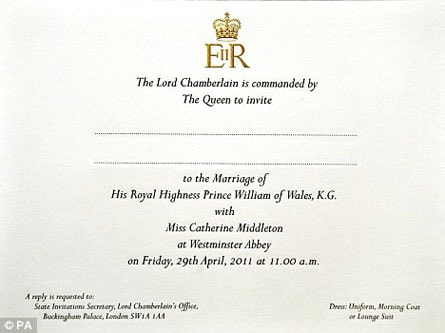 Previous Post: « Watch: It Gets Better, The Book
Next Post: John Epperson (aka Lypsinka) Discusses His Role in ‘Black Swan’ »