Late yesterday, the Hawaii State House voted 31-19 to pass the bill that would legalize civil unions for gays and lesbians as well as heterosexual couples in that state. 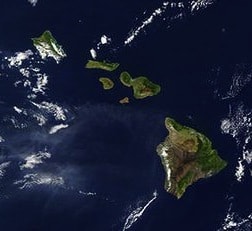 "The House voted on a version of Senate Bill 232, which was amended by the House Judiciary Committee to include clarifying changes recommended by the attorney general. The bill now goes back to the Senate, which is expected to accept the House amendments and send the bill directly to the governor as early as next week."

If the bill is signed into law, civil unions in Hawaii would start on January 1, 2012.

Governor Neil Abercrombie has been a vocal supporter of gay and lesbian rights. Just last month he nominated an openly gay woman to the state's Supreme Court.

Watch a speech about civil rights that Abercrombie made at Hula's, a gay bar in Honolulu, while running for governor last year, AFTER THE JUMP.