True Blood vampire Alexander Skarsgard goes for a run in the daylight. 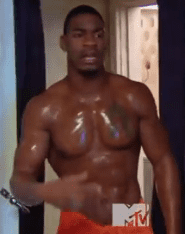 Thirty years after the Toronto bathhouse raid and subsequent protests: "If gay people had run for the shadows in 1981, if the found-ins had pleaded guilty, if those who marched on that first cold February night had simply stayed home, Canada would be a very different place for gay people today." 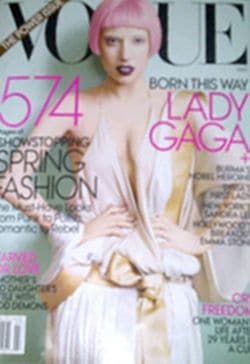 Lady Gaga tweets a photo of her cover for Vogue.

Maryland Senate only four votes away from voting for a bill that would bring marriage equality to that state: "The bill needs 24 votes to pass in the chamber. A Washington Post survey in recent days found 20 senators who have publicly committed to supporting the bill and another six who say they remain undecided."

David and Victoria Beckham might bring a girl into their brood.

Never before contacted tribe apparently discovered in the Amazon: "'We're trying to bring awareness to uncontacted tribes, because they are so vulnerable. Governments often deny that they exist,' said Tess Thackara, Survival International's U.S. coordinator. 'We're releasing these images because we need evidence to prove they're there.'"

Sarah and Bristol Palin fail to trademark their own names.