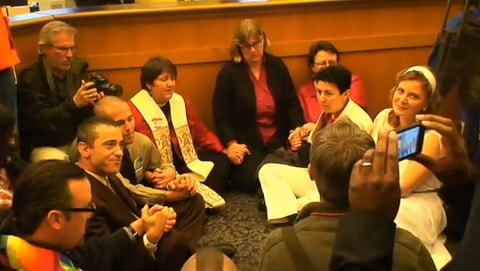 The AP reported: "The brief occupation of the county clerk's office provided a new twist on what has become a Valentine's Day ritual in many cities of gay and lesbian couples trying to obtain marriage licenses and being turned down. When the couples sat on the floor and refused to leave, sheriff's deputies led them away in handcuffs. But the protestors all were released 15 minutes later without being cited."