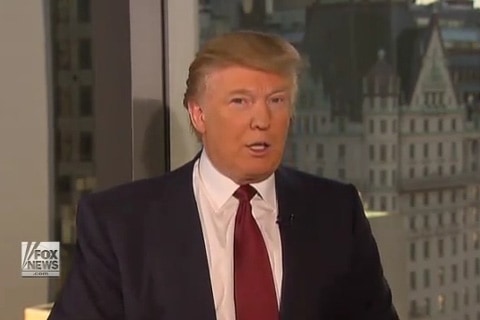 Donald Trump told Greta van Susteren that he's not in favor of gay marriage, but didn't offer any reasons for his position. Oh, but he loves the fact that New York City is a place with a lot of gays.

TRUMP: I'm not in favor of gay marriage.

VAN SUSTEREN: You sort of hesitate when you say that. Any doubt?

Trump recently appeared at CPAC where Christopher Barron, chair of gay conservative group GOProud, said he "would love to see Trump run for President." Said Barron: "He’s not only a well respected businessman, and somebody who obviously has a giant megaphone, and having him involved in this event and talking about those issues – issues that are not only important to GOProud but important to conservatives all across this country — is critical."

Trump has been married three times.