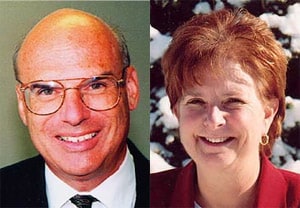 Sen. Katherine Klausmeier said today that she has decided to vote in favor of same-sex marriage, putting the measure within a breath of passage in the Senate.

"I just weighed all of the options," said the Baltimore County Democrat, who earlier told The Sun that she was torn about the issue. "It's about fairness."

Kasemeyer, a Democrat who represents Howard and Baltimore counties, had not previously said how he planned to vote on the bill. Many had believed he would not support it because he represents a conservative area.

This year changes in a key senate panel delivered advocates the best chance they've ever had to legalize same-sex marriage. They believe that they have the 29 votes needed to cut off debate in the chamber and vote. The bill is expected to be voted out of committee this Thursday.