Rhode Island Congressman James Langevin has reversed his opinion on marriage equality. The Democrat has long supported civil unions for same-sex couples but he has now seen the discrimination and lack of fairness in that view. In an opinion piece in today's Providence Journal, he writes about his new stand on the issue. 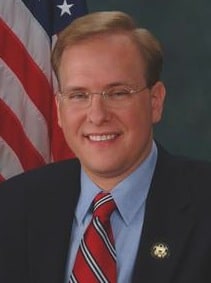 "Americans should be treated equally under the law, I am now convinced that affording full marriage equality rights to same-sex couples is the only fair and responsible approach for both Rhode Island and the nation….During my time as a state representative, I remember talking with my father about pending legislation to prevent discrimination based on sexual orientation, which was highly controversial at the time. While I greatly valued his thoughtful and balanced perspective, my father was certainly no social activist. He was just an ordinary man who had grown up through the civil-rights movement and always believed it was fundamentally unjust to treat people differently because of their race. When I told him I had decided to support the non-discrimination legislation, he expressed his pride in my decision because it showed that I viewed issues of fairness and justice as he did. And he was convinced that, in the same way racial discrimination became a shameful part of our history, one day our nation would look back in disbelief at a time when we denied our fellow citizens basic civil rights based on their sexual orientation. I now believe that day is within our reach."

"As the General Assembly considers this important topic, I ask lawmakers and all Rhode Islanders to honor our state’s founding principles of tolerance and freedom and to support marriage equality in our state. It’s time to do the right thing."

You may recall that just last month Democratic Maryland State Senator James Brochin also changed his mind on where he stands in relation to marriage equality, calling those who were against that state's bill "destructive" and "insulting."