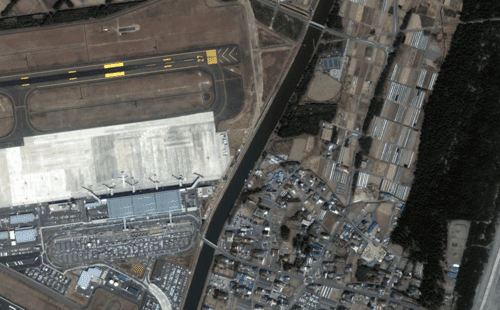 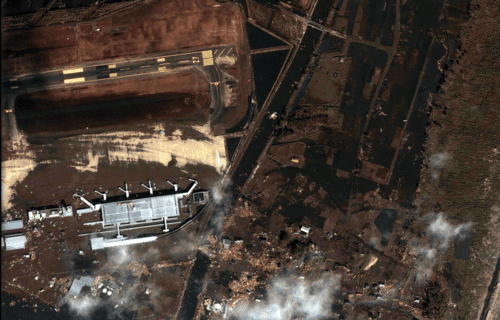 Australia's ABC News has published several dramatic before and after aerial shots of the massive destruction in Japan. The above pictures are of Sendai Airport in Northern Japan. See more remarkable interactive shots on the ABC News site.

Meanwhile, some estimates have the death toll at an astounding 10,000.