As the Maryland House prepares to take a vote on the pending marriage equality bill tomorrow, an undecided delegate has proposed a last minute amendment which strips specifics from a religious protection clause in the bill: 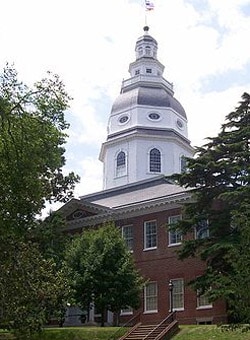 Del. John A. Olszewski Jr. said today that he believes his amendment makes the bill stronger. The House Judiciary Committee this afternoon debated whether to embrace Olszewski's amendment as "friendly," even as Republican committee members cried foul.

The amendment strikes language in the bill that spells out what religious programs — including counseling and summer camp — are shielded from having to provide services to same-sex couples. By taking out those specifications, Olszewski believes, the overall religious protections would be stronger. (See page 5, lines 9 and 10, the words "through" to "retreat.")

The committee delayed making a decision until tomorrow morning – 10 minutes before the marriage bill is scheduled to be presented on the House floor for a final vote. The 141-member House appears nearly evenly split on approval of the overall bill, meaning every delegate's vote carries extra significance.

Should the amendment be accepted, the bill would have to return to the Senate, which passed it last week, for approval.

Previous Post: « Watch: Chaz Bono’s Transition Chronicled in ‘Becoming Chaz’
Next Post: Movies: My What Big Legacy You Have »