Bigotry runs in the family. 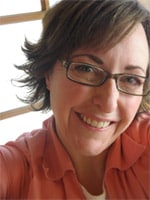 According to her website, Christie Buttars Giles isn’t going to be any different than her father. Referencing marriage equality, she says she’ll take a “hard stance” against any legislation attempting to give equal rights to citizens.

She also supports the bullying of lgbt kids in schools apparently. Coming up with the most vile way to say it, she claims “I oppose the exploration of sexual orientation in the schools in any form.”

Her full statement: "I recognize the importance of protecting fundamental rights, such as fair housing and equal employment opportunity, for all individuals. However, I believe that these rights can be fully met without impinging on the definition of marriage as existing between one man and one woman; and I will take a hard stand against legislation that attempts to do so. I oppose the exploration of sexual orientation in the schools in any form."

Chris Buttars, who has been the leading anti-gay candidate in the Utah legislature for some time, announced his retirement earlier this month.