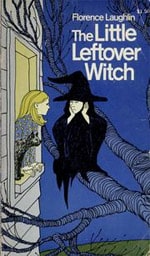 Deadline reports that Chris Colfer continues to make some interesting choices in his career.

"Not only has he scripting (sic) an indie movie shooting this summer, but I've learned he has penned a pilot that the Disney Channel is about to shoot. It's called The Little Leftover Witch, based on a children’s book of the same name by Florence Laughlin. The series would be about a little witch who was taken in by a family after crash-landing from her broom. The book was originally optioned by Rick Fine, the husband of Colfer's Coast To Coast agent Meredith Fine, who brought the property to Chris to adapt. This is one busy guy even though he only turns 21 this May."

Colfer's summer indie flick, you may recall, is called Struck by Lightning, and he'll make his big screen debut in it.