An Italian lesbian MP and her partner were harassed in Rome as they walked through an upscale shopping district, ADN Kronos International reports: 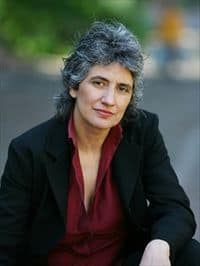 "A man of around 35 years old started shouting: 'F**king lesbians, they should have sent you to the ovens'!" Paola Concia told Adnkronos.

Concia said that of all the many passers-by on the via Campo Marzio near the Italian parliament, only one woman and a conservative politician, Antonino Lo Presti, came to her and her partner's defence. Some people even took the 'homophobic' man's side, she said, adding that it was not the first time she had been publicly insulted.

"But this time it was more violently aggressive – I could sense this man's contempt. Why should I accept such insults?" said Concia, who introduced an anti-homophobia bill in the Italian parliament that failed to become law.

Italian gay rights group Arcigay and an array of politicians from across all parties condemned the incident, the news service reports.

Previous Post: « Watch: The New York Fire Department’s Beefcake Boys are Back
Next Post: Watch: Marines Rock Out to Britney Spears in Afghanistan »