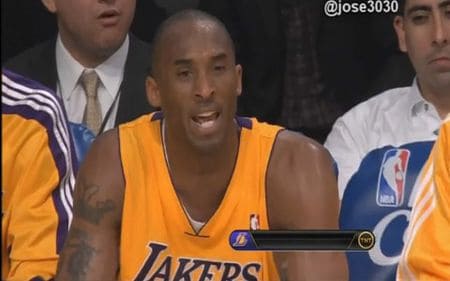 ESPN’s Lisa Salters spoke to Kobe Bryant about his "fag" slur from last week. Bryant insisted that he's not anti-gay and claims that he used to beat up kids in high school who would tease his gay friends. Or so he told Salters:

Dan Fogarty of Dan Abrams' website Sports Grid expresses his doubts on the story: "Sorry Kobe, but this is tough to see. Although his multicultural upbringing is well documented, Kobe sounds like he’s stretching it a bit when he insists that he was some sort of high school protector of the ostracized. I mean, maybe I’m wrong. Maybe he did beat up a few kids in high school who teased his friends. And picturing Kobe sitting in front of a computer, doing his own research on bullied gay teens, is kind of a touching mental image. But that’s easier to picture than Kobe Bryant, schoolyard avenger."

Listen to Salters talk about her conversation with Bryant, AFTER THE JUMP.