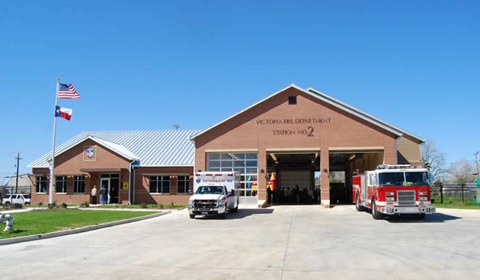 Two Victoria, Texas firefighters have been fired over a nude male photo collage displayed at Victoria Fire Station No. 2. Victoria is between Houston and Corpus Christi.

The montage also includes face shots of two Hollywood actors. After a complaint was filed with the city last month and an internal investigation conducted, the two firefighters were fired, according to a city news release Wednesday. The city released few details about the incident so it is undisclosed exactly where the images were displayed. The Advocate is waiting for reports of the investigation requested from the city under the Texas Public Information Act.

The city Communications Director and the head of the firefighters union are refusing to comment on the case.

Previous Post: « Watch: It is Now a Crime to Wear a Full Burka in Public in France
Next Post: Transgender School Teacher Rejects $78,000 Offer from Catholic School That Fired Him »