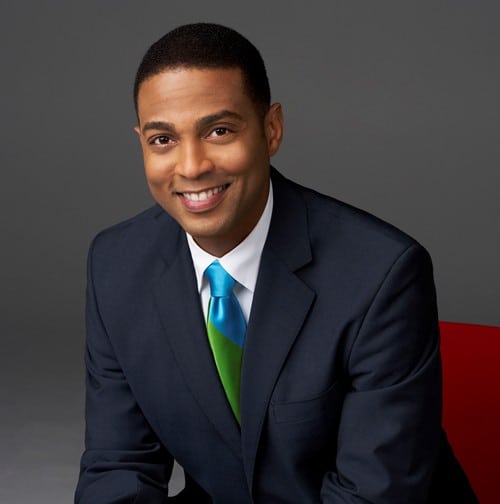 CNN anchor Don Lemon has come out publicly in an interview with the New York Times. Lemon, who says he has never made a secret of his homosexuality at work, talks about the fear he has about the potential reaction he might face from the black community.

“It’s quite different for an African-American male,” he said. “It’s about the worst thing you can be in black culture. You’re taught you have to be a man; you have to be masculine. In the black community they think you can pray the gay away.” He said he believed the negative reaction to male homosexuality had to do with the history of discrimination that still affects many black Americans, as well as the attitudes of some black women.

“You’re afraid that black women will say the same things they do about how black men should be dating black women.” He added, “I guess this makes me a double minority now.”

“I think it would be great if everybody could be out,” he said. “But it’s such a personal choice. People have to do it at their own speed. I respect that. I do have to say that the more people who come out, the better it is for everyone, certainly for the Tyler Clementis of the world.”

Lemon tweeted a message of thanks to all of those who have shown him support.

Lemon also sent out an offical statement in which he said his new book, Transparent is dedicated to Rutgers University student Tyler Clementi. His statement in part:

"There was a time when I was terrified of revealing these things to the person I love most in this world – my own mother. But when I finally mustered the courage to tell her that I had been molested as a child and that I was born gay, my life began to change in positive ways that I never imagined possible. Yet I still chose to keep those secrets hidden from the world. I, like most gay people, lived a life of fear. Fear that if some employers, co-workers, friends, neighbors and family members learned of my sexuality, I would be shunned, mocked and ostracized. It is a burden that millions of people carry with them every single day. And sadly, while the mockery and ostracizing are realized by millions of people every day, I truly believe it doesn’t have to happen and that’s why I feel compelled to share what I’ve written in Transparent. As a journalist I believe that part of my mission is to shed light onto dark places. So, the disclosure of this information does not inhibit in any way my ability to be the professional, fair and objective journalist I have always been."

Lemon will be doing a lengthy interview with Michelangelo Signorile on his SiriusXM radio show on Tuesday.