From Rolling Stone's profile on FOX Chair Roger Ailes and how he built the FOX News fear factory: 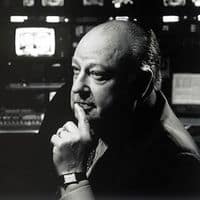 Murdoch installed ailes in the corner office on Fox’s second floor at 1211  Avenue of the Americas in Manhattan. The location made Ailes queasy: It was  close to the street, and he lived in fear that gay activists would try to  attack him in retaliation over his hostility to gay rights. (In 1989, Ailes had broken up a protest of a Rudy Giuliani speech by gay activists, grabbing demonstrator by the throat and shoving him out the door.) Barricading himself behind a massive mahogany desk, Ailes insisted on having “bombproof glass” installed in the windows – even going so far as to personally inspect samples of high-tech plexiglass, as though he were picking out new carpet. Looking down on the street below, he expressed his fears to Cooper, the editor he had tasked with up-armoring his office. “They’ll be down there protesting,” Ailes said. “Those gays.”