This Wednesday will see the official launch of a brand new marriage equality group in Iowa – one formed by Republican and former Iowa GOP state senator Jeff Angelo. The organization, Iowa Republicans for Freedom, bills itself as "the conservative case for marriage." 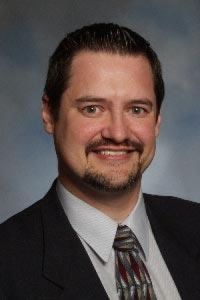 Five years ago Angelo, who did not seek reelection in 2008, co-sponsored a bill that would have launched a process to amend Iowa’s constitution and prohibit same-sex marriage.

Angelo has since said his former position on the issue was wrong.  He has said his views have evolved because of his friendships with Iowans who have same-sex couples in their families. Those families deserve the same protections of marriage as similarly committed opposite-sex couples, he has said.

“I don’t think this debate reflects the character of Iowans, the culture of Iowa,” he told The Des Moines Register last week. “Iowa is culturally a state that is very welcoming, that celebrates its people, is very protective of its people.”

As part of its launch on Wednesday, Angelo and the group will take part in a three city tour in Iowa that will cover Des Moines, Cedar Rapids and Davenport.