Some random tech bits that came across my desk this morning. Changes afoot in who controls your VoIPing, your movie watching, and your phone charging. 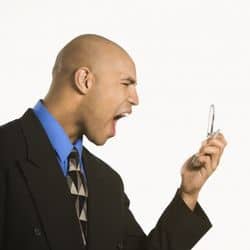 "At a value close to $8 billion, the Skype deal would rank as the biggest acquisition in the 36-year history of Microsoft, a company that traditionally has shied away from large deals. In 2007, Microsoft paid approximately $6 billion to acquire online advertising firm aQuantive Inc. Many current and former Microsoft executives believe Microsoft significantly overpaid for that deal. But they are also relieved that Microsoft gave up on an unsolicited $48 billion offer for Yahoo Inc. nearly three years ago. Yahoo is valued at half that sum today."

"Today, we’re announcing another step in our goal to bring more of the video you love to YouTube: the addition of thousands of full-length feature films from major Hollywood studios available to rent in the US at youtube.com/movies. In addition to the hundreds of free movies available on the site since 2009, you will be able to find and rent some of your favorite films. From memorable hits and cult classics like Caddyshack, Goodfellas,Scarface, and Taxi Driver to blockbuster new releases like Inception, The King’s Speech, Little Fockers, The Green Hornet and Despicable Me. Movies are available to rent at industry standard pricing, and can be watched with your YouTube account on any computer. The new titles will begin appearing later today and over the coming weeks to www.youtube.com/movies, so keep checking back."

A new technology can change sound into electricity:

"Electrical engineers have developed a new technique for turning sound into electricity, allowing a mobile to be powered up while its user holds a conversation. The technology would also be able to harness background noise and even music to charge a phone while it is not in use. However, there could be a downside to the innovation, if it gives people a new reason to shout into their phones as they attempt to squeeze in every extra bit of power they can."