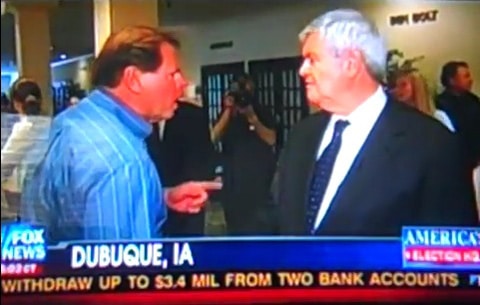 Gingrich has been trying to backtrack ever since, and yesterday blamed the controversy on the liberal media in an appearance on Bob Gallagher's radio show:

Were in a phase here where, if you are a conservative, you better expect gotcha press and they took dramatically out of context what I said and tried to make it dramatically a fight between me and Paul Ryan.

In Iowa, yesterday, Gingrich was attacked by a Republican voter, calling his remarks undercutting and unforgivable, saying "You're an embarrassment to our party…Why don't you get out before you make a bigger fool of yourself."