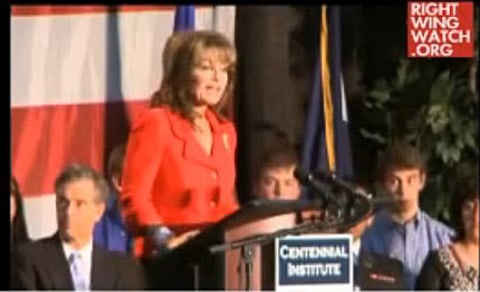 Said Palin: "Yesterday was a testament to the military’s dedication in relentlessly hunting down an enemy through many years of war. And we thank our president, we thank President Bush for having made the right calls to set up this victory."

Previous Post: « Watch: Richard and Jon, Together 61 Years, Want to Get Married
Next Post: Thor and More »