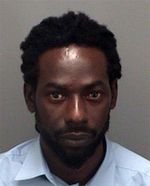 US District Judge, James Moody imposed the sentence when Buju, whose real name is Mark Myrie, appeared in a Tampa Federal Courtroom this morning.

Ten years was the minimum sentence. He faced 15 years to life, according to the St. Petersburg Times.

The anti-gay controversy surrounding Banton stems primarily from a song called "Boom Boom Bye" in which he sings about shooting gay men in the head, pouring acid on them and burning them alive.