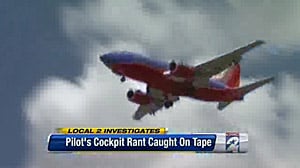 James Taylor, the Southwest Airlines pilot whose cockpit microphone transmitted a lengthy rant to control towers and other aircraft over an area of hundreds of miles mocking the flight attendants as unsuitable-to-sleep-with "gays, grannies, and grandes", has apologized to Southwest employees in a letter. 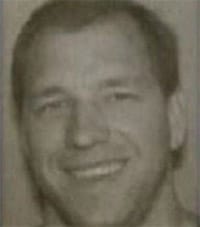 Taylor, who is married, was suspended last week for the rant, which was broadcast in full to media and on YouTube.

To All Southwest Airlines Flight Attendants and all Employees:

Because of the impact of my comments, I wanted to communicate with you directly.

Please accept my most sincere apology for the inappropriate and disrespectful remarks I made in March with an open microphone. I deeply regret the derogatory remarks I made and the hurt I have caused—I take full responsibility for those comments.

It was truly insensitive of me and I would like all of you to know that from now on, I will show nothing but the utmost respect during my interactions with all employees.

In addition, I would like to extend a special apology to all Flight Attendants, and especially those of Houston. I hope you will allow me to maintain a working relationship with all of you that will provide me the opportunity to extend an individual, personal apology to each one of you whenever we fly together.

Please know that this event has forever changed me and I hope that others can learn from my mistake.

I have learned a much-needed lesson to be more sensitive of others and I hope you will see me as a more tolerant and considerate person.

I am proud to be employed by Southwest Airlines and I am committed to representing our Company, and its employees in the most professional way possible.