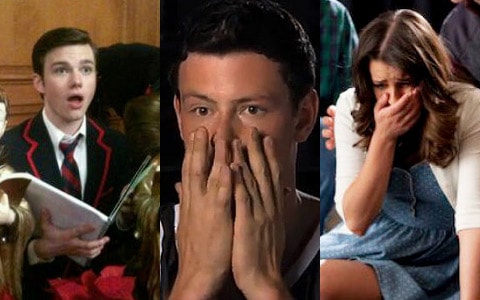 Three of Glee's regulars, Chris Colfer, Cory Monteith, and Lea Michele, (and likely a few more) will be graduating at the end of Season 3 and not returning.

"You can keep them on the show for six years and people will criticize you for not being realistic, or you can be really true to life and say when they started the show they were very clearly sophomores and they should graduate at the end of their senior year…We’ve never done anything by the book. We made that decision and I involved Chris and Lea and they thought that was a good idea. They both trust the writing and trust me and felt that it would be great to have an open and closed experience for them to go out while they were on top.”

Previous Post: « The School of French Kissing for Dogs: VIDEO
Next Post: Bloomberg Says ‘Thanks’ with Donations to GOP Senators Who Voted for Marriage Equality »