Every couple who entered NYC's marriage equality lottery has come out a winner. 823 couples applied in the lottery for the chance to be married on Sunday, the first day same-sex marriage is legal, and all will be accommodated. They have also all been notified. 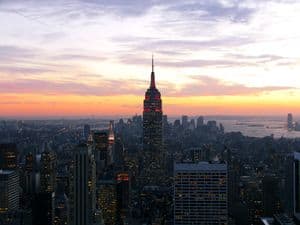 Initially, New York City officials were planning to limit the number of marriages on Sunday to 764, after receiving 2,661 license applications online over the past two weeks. For a fair selection, a lottery was conducted from Tuesday to Thursday. As a result of the announcement, the number of registration turned out to be 823, just 59 couples more than the intended number.

According to the original plan, winners would be notified by noon on Friday. However, the city has already decided to let all those who registered get married this weekend.

While the outer four boroughs have enough spots for interested couples, Manhattan was a little more popular than it could afford. 533 couples requested for 400 slots available in Manhattan, and city officials decided to hold 459 ceremonies in Manhattan, while moving 74 couples to one of four boroughs.

This Sunday is expected to be the busiest day in the history of the City Clerk's office.