Gay conservative Bruce Bawer writes in a WSJ editorial today that he was "stunned to discover" that Anders Behring Breivik, the Christian fundamentalist gunman who took the lives of at least 92 people over the weekend in Oslo, Norway, cited Bawer's book While Europe Slept: How Radical Islam Is Destroying the West from Within, a book which has been described as "racism as criticism", in a 1500-page manifesto that Breivik posted online. 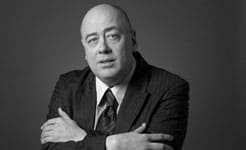 In his manifesto, which is written in such good English that one wonders whether he had the assistance of a native speaker, Breivik quotes approvingly and at length from my work, mentioning my name 22 times. It is chilling to think that blog entries that I composed in my home in west Oslo over the past couple of years were being read and copied out by this future mass-murderer in his home in west Oslo.

It is also chilling to see the way he moves from a legitimate concern about genuine problems to an unspeakably evil "solution." In bombing those government buildings and hunting down those campers, Breivik was not taking out people randomly. He considered the Labor Party, Norway's dominant party since World War II, responsible for policies that are leading to the Islamization of Europe—and thus guilty of treason.

The Oslo bombing was intended to be an execution of the party's current leaders. The massacre at the camp—where young would-be politicians gathered to hear speeches by Prime Minister Jens Stoltenberg and former Prime Minister Gro Harlem Brundtland—was meant to destroy its next generation of leaders.

During the hours when I thought that Oslo had been attacked by jihadists, I wept for the city that has been my home for many years.

Bawer has also written extensively on how he believes gay bashings in Europe are due to its 'Islamization':

"It’s very clear what’s going on here – and where it’s all headed. Europe is on its way down the road of Islamization, and it’s reached a point along that road at which gay people’s right to life, liberty, and the pursuit of happiness is being directly challenged, both by knife-wielding bullies on the street and by taxpayer-funded thugs whose organizations already enjoy quasi-governmental authority. Sharia law may still be an alien concept to some Westerners, but it’s staring gay Europeans right in the face – and pointing toward a chilling future for all free people. Pim Fortuyn saw all this coming years ago; most of today’s European leaders still refuse to see it even though it’s right before their eyes."

Inside the Mind of the Oslo Murderer [wsj]