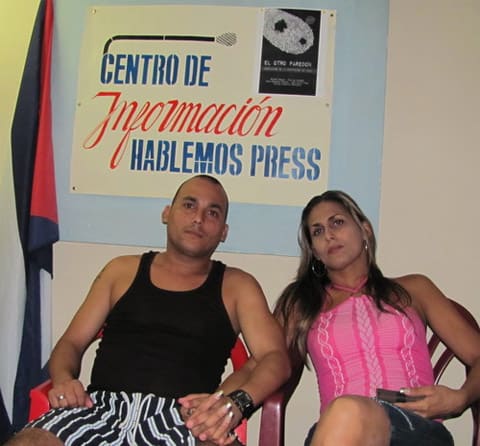 A gay man is set to marry a transgender woman in Cuba on August 13 in Havana, on Fidel Castro's birthday, to send a message to the leader who persecuted gays and lesbians at the beginning of his revolution, Latin American Herald Tribune reports:

Wendy Iriepa, a 37-year-old who underwent a sex-change operation in 2007 on the island, and Ignacio Estrada, a 31-year-old gay man who is seropositive, will marry in an open ceremony that they hope will mark a “before and an after” in Cuba with dissident blogger Yoani Sanchez as matron of honor.

“We met on May 13 of this year and we always intended to get married three months later,” Estrada – who considers himself gay but had fallen in love with Wendy, now a woman – said.

But the couple also decided to tie the knot on the “controversial” date of Aug. 13 to coincide with Castro’s 85th birthday and emphasize the “gigantic” step their union will signify for the island’s Lesbian, Gay, Bisexual and Transsexual, or LGBT, community.

Castro, in an interview a year ago, acknowledged the homophobic persecution gays and lesbians suffered in Cuba at the beginning of his revolution, and he admitted his responsibility for not paying “enough attention” to the deed that he called a “great injustice,” Estrada said.

Reuters adds: "The couple has scheduled their free, state-authorized nuptial ceremony at an official 'wedding palace' in Havana, complete with cases of beer courtesy of the socialist state."