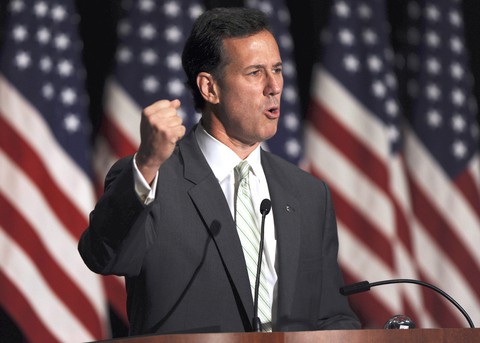 Presidential candidate Rick Santorum blurred the line between fiction and reality during a speech at a right wing event last night.

That comment, of course, was a dig at potential competitor Rick Perry, who was then forced to reiterate his opposition to gay marriage.

Watch the always dramatic Santorum’s remarks, AFTER THE JUMP…