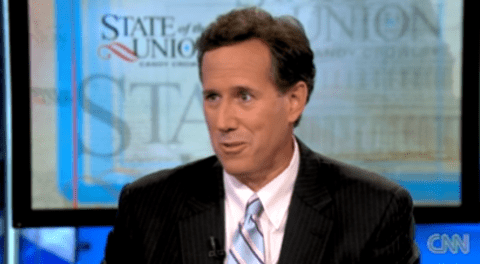 Though Santorum admits he was “taken aback” by some of the document’s demands, particularly one requiring candidates themselves to pledge fidelity, the former Pennsylvania Senator also insists he had no qualms signing the controversial oath:

Watch Santorum and host Candy Crowley discuss his decision, AFTER THE JUMP…