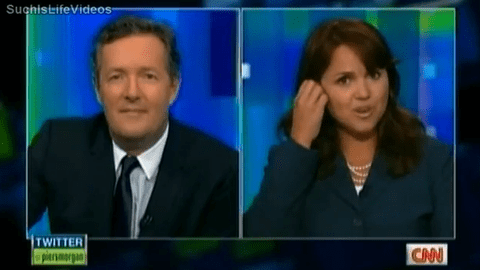 After O’Donnell said she wouldn’t address those comments, Morgan went on to ask the Tea Party favorite her opinion about gay marriage and Don’t Ask, Don’t Tell. O’Donnell wasn’t having it, and told the host that he was being “a little bit rude.”

She also wondered, “Don’t you think as a host that if I say that’s what I want to talk about that’s what we should address?” To which Morgan replied, “Not really, no.”

O’Donnell then got a cue from off-camera to wrap it up and promptly left. Morgan asked O’Donnell to reappear on his program this evening, but there’s probably little chance that will happen.

Watch it all, AFTER THE JUMP…