In the last two months, two federal appellate courts issued two cyberbullying decisions with two different results. In Layshock v. Hermitage School District, decided in late June, the en banc Third Circuit held that a school could not discipline a student's off-campus speech simply because the speech made its way on to campus. And, in a late July decision in Kowalski v. Berkeley County Schools, a three-judge panel of the Fourth Circuit held that school discipline of a student cyberaggressor was appropriate given the connection between the speech and the school environment. 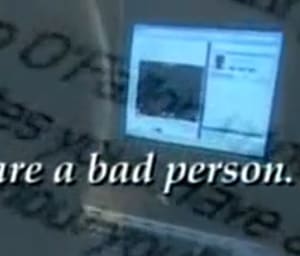 The divergent results in these cases contributes to the impression that the case law regarding cyberbullying is unclear, bumfuzzled, a mess. In some areas, it is. But, while Layshock and Kowalski are not inconsistent, they show how courts are grappling with a relatively new area of law without clear guidance. They also give clues to how future courts may decide cases involving LGBT victims of identity-based bullying and aggression in schools. Those clues also tell us that the law needs clarification.

The basic question posed by these cases is to what extent must off-campus aggression conducted entirely online be treated differently than on-campus face-to-face aggression? Other questions to consider are as follows: Is the First Amendment an absolute barrier to a school's disciplinary authority when the targeted attack comes from a website or other digital medium created online and off school grounds? What kind of "disruption" to the school environment, if any, is necessary before the school can discipline a cyberaggressor?

But, before we get to the legal analysis, let me tell you the story of these cases and decide for yourself how you would come out.

Layshock v. Hermitage School District and a companion case, J.S. v. Bluemountain School District, have a long and winding history through the courts in Pennsylvania. In both cases, students at public schools created MySpace profiles to parody and ridicule school officials. A few years ago, two different panels of the Third Circuit came to different decisions in Layshock and J.S., which led the court to vacate both decisions pending an en banc rehearing of the cases to resolve any difference. Whether they were contradictory in the first place — I never thought they were — is a matter for another post. For now, here are the facts of Layshock for you to consider: 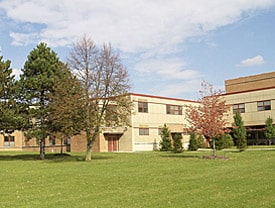 Justin Layshock, a senior at Hickory High School, used his grandmother's computer to create a parody MySpace profile of his principal, Mr. Trosch. The only school resource that was used to create the profile was the school website, which Justin accessed to download a picture of Mr. Trosch. Justin answered the profile questions around the meme that Mr. Trosch was fat and a drunk. A sampling:

Under “Interests,” Justin listed: “Transgender, Appreciators of Alcoholic Beverages.” Justin also listed “Steroids International” as a club Trosch belonged to. Justin afforded access to the profile to friends and other students by listing them as “friends” on the MySpace website, thus allowing them to view the profile.

Rumors and news of the profile "spread like wildfire" around campus, causing students to congregate around computers to view it, giggle when they did and interrupt at least one science class. Mr. Trosch found the site vulgar (among other things) and ordered the school to cancel computer programming classes and limit student access to computers.

After an investigation, Justin was suspended for ten days, banned from extracurricular activities and not allowed to participate in his graduation ceremony, among other punishments. 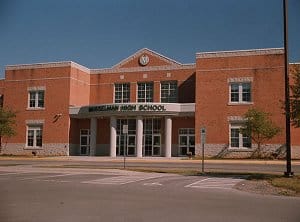 In Kowalski v. Berkeley County Schools, a student (Kara Kowalski) created a MySpace profile that she called “S.A.S.H.,” short for “Students Against Sluts Herpes.” Another student testified that it really stood for “Students Against Shay’s Herpes,” referring to a student named Shay N. that Kowalski and Co. were targeting for ridicule. Kowalski invited 100 people to join the page, and about 24 people joined, all of whom were students at their school. Students made fun of Shay N. through comments and photos, with one student posting a picture of Shay N. and put “red red dots on Shay N.’s face to simulate herpes and added a sign near her pelvic region, that read, ‘Warning: Enter at your own risk.’" The same student captioned Shay N.’s face with a sign that read, "portrait of a whore."

The creation of the “S.A.S.H.” group forced Shay N. to miss school in order to avoid further abuse. It gave a platform for more than twenty students to verbally abuse Shay N. and created a stir in school when news of the website got out to the broader school community.

After a complaint by Shay N., school officials found that Kowalski created a “hate website” that violated school policy. Kowalski was suspended for 5 days and received a “social suspension” for 90 days, which banned her from various school social events. Kowalski sued, claiming that the discipline violated her free speech rights under the First Amendment.

The standard by which both courts assessed the legitimacy of the schools' disciplinary authority is Tinker v. Des Moines, where the Supreme Court held that a school could not discipline a group of students who wore black arm bands to protest the Vietnam War without a real disruption to the school environment caused by the student speech. Tinker required interference with "appropriate discipline in the operation of a school" or the "work of the school." Even more to the point, the school’s disciplinary authority begins where any "conduct by a student … materially disrupts classwork or involves … invasion of the rights of others." Constitutional lawyers call this the "material and substantial disruption" test.

So, what do you think? Did Mr. Layshock cause a sufficient disruption? Did Ms. Kowalski?

Layshock was not really a Tinker case. At oral argument, the school essentially conceded the point that there was no real or danger of a potential disruption, though counsel still tried to argue that the school had to make some changes to address the page, like cut off Internet access and cancel classes. That sounds like a significant disruption in some circles. Rather, the school's real argument was prior to and independent of any disruption. It argued that the website was vulgar and lewd, and pursuant to Bethel School District v. Fraser, schools can discipline students for lewd and vulgar speech even if it did not cause a disruption (Fraser is one of three exceptions to Tinker's disruption test). The problem was the connection between the school and the speech. In Fraser, the student delivered his lewd speech at a school assembly, on school grounds; in Layshock, the school needed a nexus between the speech and the school. By the school's argument, the fact that the speech made its way on to campus and caused chatter and a reaction from the administration was enough for the nexus to trigger a school's disciplinary authority. The Third Circuit said no, the chatter and official reaction was insufficient both as a nexus and a disruption (addressing both Fraser and Tinker).

Kowalski was treated as a Tinker case and the Fourth Circuit accepted the school's argument that the MySpace page created a "substantial disruption." Here is part of what the court said in this regard:

We are confident that Kowalski’s speech caused the interference and disruption described in Tinker as being immune from First Amendment protection. The “S.A.S.H.” webpage functioned as a platform for Kowalski and her friends to direct verbal attacks towards classmate Shay N. The webpage contained comments accusing Shay N. of having herpes and being a “slut,” as well as photographs reinforcing those defamatory accusations by depicting a sign across her pelvic area, which stated, “Warning: Enter at your own risk” and labeling her portrait as that of a “whore.” One student’s posting dismissed any concern for Shay N.’s reaction with a comment that said, “screw her.” This is not the conduct and speech that our educational system is required to tolerate, as schools attempt to educate students about “habits and manners of civility” or the “fundamental values necessary to the maintenance of a democratic political system.”

That disruption is qualitatively different than the insufficient disruption in Layshock. In the latter case, it was so insufficient that the school conceded the point. In Kowalski, the disruption was bound up with the nature of the aggression, not its effects.

These two decisions raise more questions than provide answers. The two cases seem to conflict when it comes to the nexus necessary between online speech and the school environment. In Layshock, the fact that the speech reached the school or that Mr. Layshock could have anticipated that it would (and even accessed it on campus) was not enough. In Kowalski, less appeared to have been required:

Kowalski indeed pushed her computer’s keys in her home, but she knew that the electronic response would be, as it in fact was, published beyond her home and could reasonably be expected to reach the school or impact the school environment. She also knew that the dialogue would and did take place among Musselman High School students whom she invited to join the “S.A.S.H.” group and that the fallout from her conduct and the speech within the group would be felt in the school itself. Indeed, the group’s name was “Students Against Sluts Herpes” and a vast majority of its members were Musselman students. As one commentator on the webpage observed, “wait til [Shay N.] sees the page lol.” Moreover, as Kowalski could anticipate, Shay N. and her parents took the attack as having been made in the school context, as they went to the high school to lodge their complaint.

To its credit, the Fourth Circuit recognizes that Tinker referred to "disruption" and impairments to "the rights of others," the latter addendum being something that many judges forget. But, the court's analysis of the disruption shows how little guidance there is for district and appellate courts considering these questions. The court pointed to what the S.A.S.H. page allowed students to do and the nature of the attacks on Shay N. It mentioned only that the attacks caused Shay N. to miss school one day. And, yet, in a similar case, J.C. v. Beverly Hills School District, the nature of the attacks were similar, yet the victim only reported not wanting to go to school for an hour or so. In J.C., the First Amendment barred discipline because there was not enough of a "disruption." So, are we to accept that these cases turn on how the victim reacts or if a judge remembers that Tinker did not only refer to a disciplinary disruption caused by a protest?

How would you have come out on the nexus question? On the "disruption" question? Should we even be using Tinker/Fraser at all?