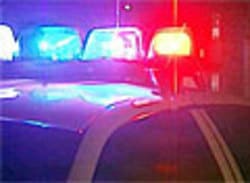 This is horrible: a Seattle-based doctor named Louis C. Chen remains hospitalized and under guard on suspicion that he stabbed his partner and their adopted son to death last week.

A friend found Chen's partner, 29-year old Eric A. Cooper, and 3-year old son dead last Thursday. Chen was semiconscious and covered in wounds that authorities say indicate he may have been responsible.

From the Seattle Times:

A King County District Court judge on Saturday determined there was probable cause to hold Dr. Louis C. Chen in custody on investigation of two counts of aggravated murder in the double homicide. Chen remained hospitalized Saturday at Harborview Medical Center.

Dan Donohoe, spokesman for the King County Prosecuting Attorney's Office, said the judge made the ruling by telephone after reviewing an emailed copy of the document of probable cause prepared by police and prosecutors.

Chen, 39, who was scheduled to begin work this week as an endocrinologist at Virginia Mason Medical Center, was found bloody and semiconscious in his apartment on Seattle's First Hill Thursday morning.

A hospital representative who had gone to Chen's apartment found two men in the living room. Law-enforcement sources identified the dead as Chen's partner, Eric A. Cooper, 29, and the couple's nearly 3-year-old son.

Police have until tomorrow to formally charge Chen, who had just moved to Seattle from North Carolina with Cooper and the child.