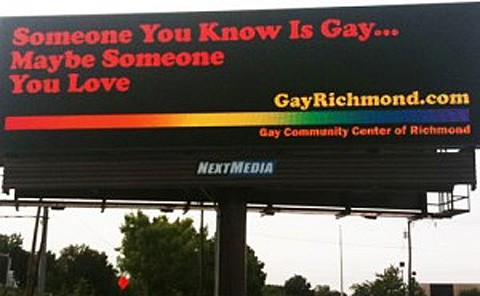 Gay RVA reports on a new, yet not so new billboard campaign sponsored by the Gay Community Center of Richmond. It's a recreation of a 1987 campaign, down to the Cooper Black-style font.