For everyone with a crush on Cheyenne Jackson out there, I've got sad news: you're too late. Jackson, of Glee, has married his long-time partner Monte Lapka (a physicist) in New York, announcing today on his Twitter: "It's official, after 11 years together, Zora's no longer a bastard. Married the best man I've ever known." 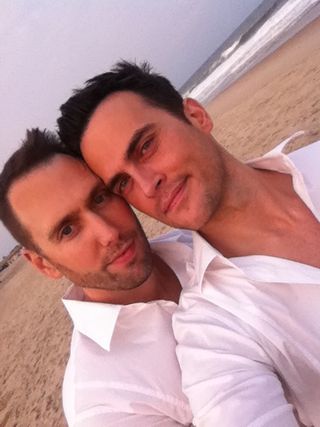 CORRECTION AND CONFESSION: In an earlier version of this post, I said Cheyenne Jackson was just cast for Glee. What a horrible mistake of mine. He is already on Glee. Which leads to my difficult confession: I've never seen an episode of Glee.

Previous Post: « Ugandan Gospel Singer Flees to San Francisco
Next Post: Could Ghana Become the Next Uganda For Gays? »