Charles Omondi Racho, a gay activist in Kenya, was murdered in August according to fellow gay activist Adams Lenox, of Kisumu Initiative for Positive Empowerment (KIPE), a local NGO which is also involved in the fight against HIV and AIDS within the regions of Western Kenya, LGBT Asylum reports. 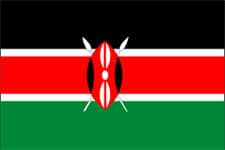 He said Racho was attacked and killed by a group of "rowdy youth" who earlier identified him at a local night club and "threatened to discipline him for being a gay".

“Imagine this guy was attacked in the presence of his cousin who was also threatened by the same gang and all his belongings taken and when we reported the matter to the police, no action was taken only for the police to laugh at us and accuse us of going against the local culture,” Lenox said.

The killing followed a series of threats and hostilities directed at members of the gay community in Kisumu, Lenox told the newspaper. In July an LGBT workshop in Kisumu was attacked and the meeting venue set on fire "by rowdy youths who accused them of going against the local culture". Behind The Mask reported in July on the growth of the organised LGBT community in the Kisumu area.

Racho's cousin, who was with him in the night club and also threatened and says he is now in hiding, said that Racho had been attacked twice before. In one attack at the Kisumu bus station his clothes were torn and other personal effects including documents lost as "angry youths descended on him with blows and kicks just because he was a known gay".

The Truth newspaper, which reported the story, details much more about the dangerous atmosphere for gays in Kenya. Racho's body was dumped by the side of the road.