The coach of Kalispell, Montana's Glacier High School football team has resigned and six freshman football players have been suspended over a post-game  bullying incident on a bus that the coach was driving. Specific details of the incident have not been released. 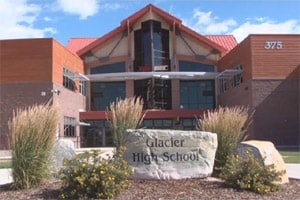 School officials say the incident occurred on the team bus as they returned home from an away game in Missoula. All six players allegedly involved were also kicked off the team. The team’s head coach, who administrators say was driving the bus, has resigned from his position. Administrators won't give specific information about what happened on the bus other than to say several students were physically bullied. Kalispell School District Superintendant Darlene Schottle says they've made a big push this year to prevent incidents like this from occurring. She says the students knew better.

“It was determined that in a freshmen football bus on the way home from a game there were some students involved in some harrassment/bullying/intimidation-type of action,” Schottle said Wednesday. The incident was first reported in Tuesday’s Kalispell Police Department blotter, when the grandmother of a girl who witnessed the event reported it to both the police and the school.

According to Schottle, there were six students suspected of participating in the incident, with an unspecified number of students being the victims. Those six students have been suspended and kicked off the football team, although that action is open to appeal by the parents. “As far as I know there are no charges with the police,” Schottle said. “It’s up to the parents if they choose to do that.” The Kalispell Police Department received two more calls regarding the incident Wednesday, one from the father of a student who said he had more inforamation, but details of what took place in the incident have not been made public.