Energy of the future: UK joins US laser fusion project. Recent test generated in an instant the amount of energy used to power the world in a year. But still a long way from working.

Gays "more likely to be lonely in old age."

Sick Ground Zero workers go without care. But by all means, politicians, celebrate their heroism!

A bunch of mini-plays about gay marriage head to New York.

Twitter has become a stock-picking tool for hedge-fund tools. 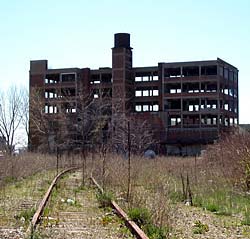 A tour of abandoned technology. And the ruins of Detroit.

Former Phoenix Suns CEO Rick Welts is getting lots of job offers since coming out.

What? You didn't know the VMAs were a Freemasonic ritual?

Why are 14,000 rounds of ammunition missing from Fort Bragg?