A criminal investigation is being launched over the suicide of gay teen Jamey Rodemeyer, who took his own life over the weekend after what his parents said was years of bullying. 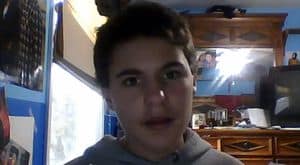 The Amherst Police Department's Special Victims Unit has said it will determine whether to charge some students with harassment, cyber-harassment or hate crimes. Police said three students in particular might have been involved. Jamey was a student at Heim Middle School.

Jamey had just started his freshman year at Williamsville North High School. (Both Amherst and Williamsville are just outside Buffalo.) But the bullying had begun during middle school, according to his parents. He had told family and friends that he had endured hateful comments in school and online, mostly related to his sexual orientation.

Jamey was found dead outside his home Sunday morning, but Amherst police would not release any details on how he killed himself.

"We're going to look into whether he was the victim of any crimes leading up to his suicide," Police Chief John C. Askey said.

"We're not indicating, not speculating at this point, that that is the cause of his death, … but independently, there may have been crimes that have been committed against him."