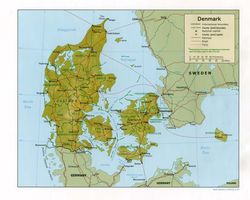 The government plans to introduce a bill just after the New Year that will allow same-sex couples to hold weddings in the Church of Denmark and be ‘married’ under Danish law. Same-sex couples are currently allowed to have ‘registered partnerships’, a civil status, but are barred from marriage and church weddings.

“The first same-sex weddings will hopefully become reality in Spring 2012. I look forward to the moment the first homosexual couple steps out of the church. I’ll be standing out there throwing rice,” the new church minister, Manu Sareen, a Social Liberal, told Jyllands-Posten newspaper.

Sareen’s appointment as church minister was one of the more controversial of the new coalition government.

Some local priests, like Henrik Højlund, who is the parish priest for Løsning and Korning and chairman for the Evangelical Lutheran Network (ELN), however, disagreed with the minister.

“Lots of people are mistaken in thinking that homosexual weddings are just the next step after female priests. But it is much more consequential and beyond the boundaries for normal Christianity,” Højlund told Jyllands-Posten.

“The Church of Denmark is being secularised right up to the alter in a desperate and mistaken attempt to meet modern people halfway,” he said, adding that same-sex marriage would be “fatal for the church”.

Previous Post: « Arizona Streaker Charged with Felony, May Get Year and a Half of Jail
Next Post: Steve Jobs Describes the First Time He Met a Gay Man, in New Bio »