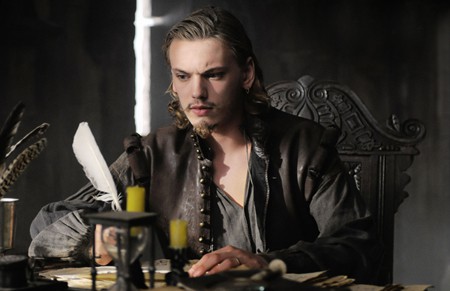 Jamie Campbell Bower as the Young Earl of Oxford in "Anonymous"

INTERVIEW
German born filmmaker Roland Emmerich makes movies that only come in one size: XXL. Same goes for their box office grosses (Independence Day). Sometimes it's the title characters that are super-sized (Godzilla), but usually it's the setting. Take the disaster movie genre, for example, which usually involves one city, one building, one ship; that's not enough for an Emmerich picture. He'll destroy the whole world (The Day After Tomorrow, 2012). Initially it comes as a shock to realize that he's directed a period piece and political thriller called ANONYMOUS... until you realize that it's William Shakespeare (the world's most famous writer) and Queen Elizabeth I (easily one of the most storied royals) at the center of all the intrigue. I sat down with him recently to discuss his movies (will he ever make a gay film?) and "Anonymous" in particular, which wonders loudly whether it wasn't the Earl of Oxford (Rhys Ifans) who really wrote the Bard's immortal plays. 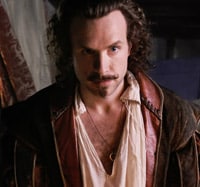 This is such a departure for you. I bet you're hearing that a lot.

A lot. [Laughter] It's a passion project. It was great to reconnect, in a way, with the art of filmmaking. And I went back to my homeland to do the film which was also cool for me. It was nice to not be responsible for tons of money, to have a really small budget but still do a very opulent kind of film.

Did you miss the green screens a lot? Your movies generally have so many effects shots.

Well, there were a lot of green screens. Yeah, there were more than I'd ever used in a film. The theater was built but most of the street scenes and the wide shots and the courtyard [where a bloody confrontation takes place] did not exist. It was built in the computer. They've been saying for ten to twenty years that one day visual effects will make movies cheaper. For me this was the first time visual effects helped make the movie cheaper… and even possible at all!

I mean, you could have found this courtyard in England. You would have had to go there, change things (they wouldn't have had the green lawn. Then you have to put up the crew in a hotel. It's very expensive! We just had the same green screen and the same floor for different scenes.

But how do you do that with the actors? It must be hard for them with no environment to act in.

That's my job and they're good actors. You just tell them what will be behind them and they trust you. It doesn't affect acting at all. It's actually really good for sound, the stage. No waiting for airplanes.

[On Shakespeare theories and his "gayest movie" AFTER THE JUMP…] 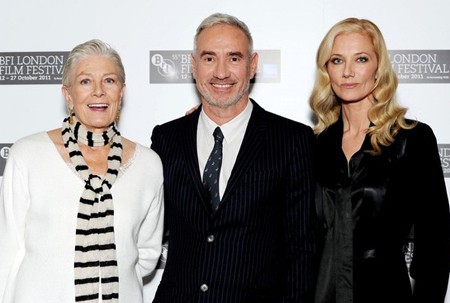 Vanessa Redgrave plays Queen Elizabeth, a role that's been an awards magnet in the past. It must have been a real coup to get her.

I always saw her in this part and I'd worked with her daughter before in The Patriot (2000). I thought they were ideal for it and I was really happy they felt the same way.

Vanessa is always so watchable. It's cool that she did this and Ralph Fienne's upcoming adaptation of Coriolanus in 2011 — two Shakespeare movies in the same year!

Shakespeare and the Fake Shakespeare [laughs]. It's strange but I'm reading more about Shakespeare now than during the last ten years. I think Shakespeare is one of these writers you can read your whole life and you can still constantly find new things in it. It's the secret to why he's still relevant and performed after 400 years.

It also helps that he has such a huge body of work. Even if it all wasn't written by one person — there are other theories…

I know every one of them!

Did you have to totally buy into this particular theory — that Shakespeare (an actor) never wrote a word — to make your movie. Or was it more like a game to you to present one theory?

The whole thing is quite peculiar to me. I now know what people mean when they say "Literary Establishment."  It's all these professors who make their livelihood telling people one thing and they don't want to move off of it; they're a little bit like children.

So you're expecting that the scholars won't like it?

Historians have the hardest time because in a weird way for them we get a lot of things wrong. They're used to believing in certain things and all of a sudden you're saying something else. In their heads it's just not computing. But there are a lot of Stratfordians who have said "I like this film." They appreciate the way we show theater in that time — how lively it was.

It was definitely fun to be reminded that theater was once for the masses. Did you always plan to have it framed the way it is, as a play that becomes the movie. It almost starts like Louis Malle's Vanya on 42nd Street with the actor (Derek Jacobi) running to the theater. In a way it's also kind of like a storybook, like an old Disney movie. Open the book and you're off and running.

For the longest time we did not have that opening. We gave everybody who read this script these two page of facts about the man from Stratford. At one point i called up John Orloff the writer and said "We can't keep doing that. We have to incorporate this into the film somehow. So whenever you have an idea…"  but then I had it myself. I was editing 10,000 BC in London and Soho in the West End and you always walk by these theaters and one day it hit me. 'Why don't we do it as a play?  It can be on the marquee!'

You're an out director, you've donated to gay causes. But you do all these huge mainstream sci-fi movies. Would you ever do a gay film?

If the right one comes along. I would love to put more openly gay characters in my mainstream movies which is something I'm really working on. Honest to god, I'm constantly trying, like, "who can i make gay?" [Laughter]. But i also don't want to do it blatantly. That's not good. It's all about integration, show it as a totally normal thing without making a big deal out of it.

So what you're saying is that Universal Soldier is going to remain your gayest movie.

[Laughs] Some people would say Moon 44. You'll have to check it out. People call that one gay. Dean Devlin [a producer], who I later worked a lot with, he's an actor in that film. When the movie came out Dean totally freaked out because a friend of his told him that his movie was running in a gay club so he went and checked it out and there it was playing. 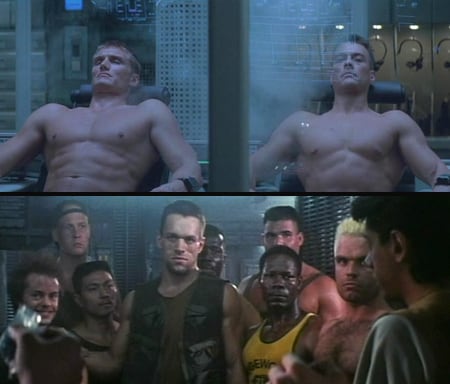 So what kind of gay films do you like yourself?

Um… [pauses] I like Brokeback Mountain. That was a good one.

So you'd still prefer to do something epic rather than something like, say, Weekend?

No, you know what? Look at Anonymous. I mean I have a certain taste for… I like other people's small movies but when it comes to my fantasy, my images. They always have to be…

It has to be big?