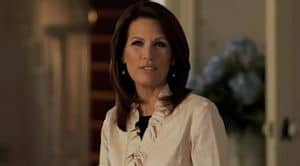 Bachmann, who has until now failed to address the bullying epidemic that has placed the school system in her district under investigation and made it the target of federal lawsuits, finally responded on Monday in a letter published by Dump Bachmann.

Unquestionably, bullying is wrong. I agree that no student should feel belittled or threatened by peers at school. All human lives have undeniable value, and I urge parents, teachers, and students alike to champion this fact in our community and to address instances of bullying promptly and firmly when they occur.

As one of the members of the U.S. House of Representatives representing the Anoka-Hennepin School District, I am very aware and concerned about the cases of bullying and suicides that have occurred there. In response, my office has been in communication with both school officials and with individuals who have lost a loved one to suicide.

We all desire to see bullying brought to an end and the best interests of students served in our schools. Again, thank you for your commitment on this matter. I assure you I will continue to be a listening ear for any constituent wishing to express his or her view on this or any other issue.