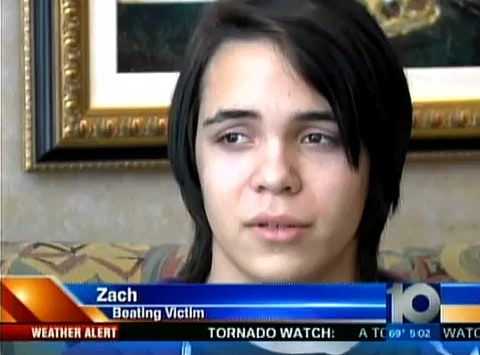 Most of you will recall the horrific beating of a gay student at Unioto-Scioto High School in Chillicothe, Ohio which made headlines not only because of its brutality, but because it was filmed by the aggressor's cousin and posted to Facebook. The video later made it to a local news station where it got national attention. 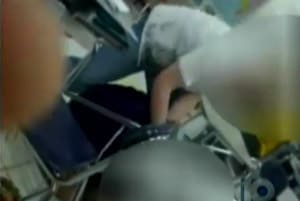 Zachary Huston, the gay student targeted in that beating is now speaking out for the first time, and the ACLU is standing behind him, threatening Union-Scioto with a lawsuit unless the school district meets with them about putting and end to bullying and harassment.

Watch Zach's interview, AFTER THE JUMP…

The ACLU's letter alleges the school district was "derelict in its responsibility to provide a safe learning environment" for Zach. (James Hardiman, legal director for the ACLU of Ohio) said Monday "it's not enough to recognize or know a student was bullied. It must go further than that."

Hardiman said he does not take issue with the district's anti-bullying policy itself but rather the failure to enforce it. "It's not enough to have a policy on paper. The policy must have meaning — it must have teeth," he said. "… Having a policy in place and not enforcing it is tantamount to not having a policy at all."

That sentiment was echoed by Zach, who said the school did "little to nothing at all," and his mother, Rebecca Collins, who said the bullying was ongoing despite her many complaints to administrators. Zach since has returned to Unioto, where Hardiman said, he has faced taunts from other students and some indifference on the part of certain educators.

As far as an update on Zach's aggressor: "Zach said the 15-year-old boy who attacked him has not been back to school since the incident. This past week, that student pleaded guilty to a misdemeanor assault charge, Ross County Prosecutor Matt Schmidt said. The judge in the case ordered a predisposition report and a victim impact statement. He also ordered the teen to wear an ankle monitor and check in with a probation officer twice a week, Schmidt said. The case is expected to be adjudicated sometime in the next month."