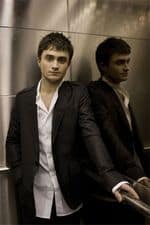 Sources tell Twitch that once Radcliffe wraps up his Broadway run in How To Succeed In Business Without Really Trying he will move on to Kill Your Darlings with writer-director John Krokidas.

A thriller based on actual events, Kill Your Darlings revolves around the relationship between Allen Ginsberg, Jack Kerouac and Lucien Carr. Carr, for his part, is credited for connecting Ginsberg, Kerouac and William S Burroughs but, most notoriously, served time for the 1944 murder of his lover David Kammerer.